Julie Owen, Devon Loves Dogs Co-ordinator said:
“We had 14 dogs and 21 people on the walk, the youngest puppy was just 4 months old. We spoke to about 130 people and met loads of playful pups! As a result we’ve had 21 new people join Devon Loves Dogs since the event.

“Dog owners or walkers are welcome to become members. Simply fill in the form on our website and you can send a photo of your dog if you like. By being a member, you get a free membership pack and you can stay up to date on all our activities and guided walks.

“This new Countryside Park means important nearby wildlife and the environment are being protected, as well as giving people more choice. Teignbridge have had brilliant feedback about the Park, including from a local dog!

‘So, I send a paws up to the humans at Teignbridge who've worked hard to make this possible.  My tail is wagging and I can't wait for our next trip to the country park.  How lucky are we Dawlish dogs to have it on our doorstep!’ ”

Dawlish Countryside Park Ranger, Jon Steward from Teignbridge District Council, accompanied us on the walk and he shared interesting historical and archaeological facts about the site and pointed out some of the amazing views from around the site including Berry Head, Haldon Ridge, Mamhead House and Haydon Common.

Teignbridge Chairman Cllr Timothy Golder, planted a ‘Devon Star’ apple tree in an orchard at the park to celebrate a winter wassail. Local people enjoyed a warming glass of mulled apple juice and apple pies, learned about the varieties planted so far, the fascinating history of the area and plans for future plantings.

Funded by SEDHREC, Devon Loves Dogs is a community of dog owners and dog lovers who show they care about wildlife and the countryside by being responsible dog owners and adopting the Four Paws Code. 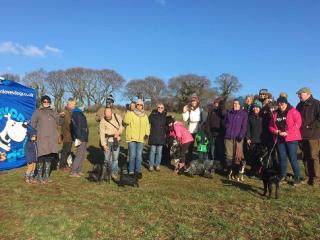 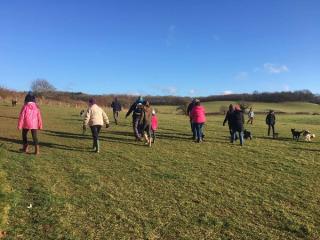 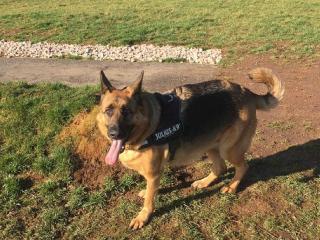 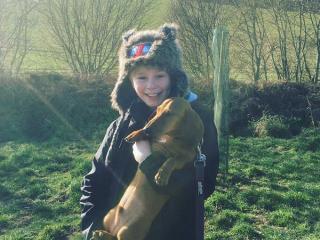